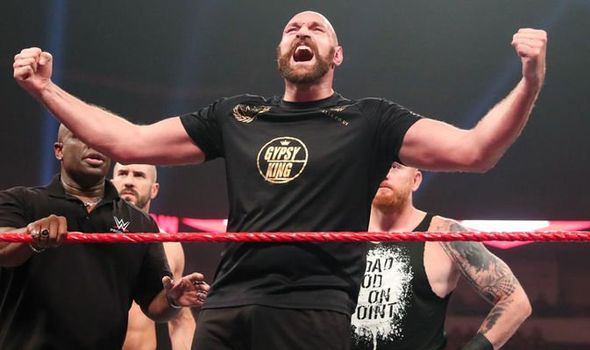 Tyson Fury is set to lock horns with Braun Strowman at Crown Jewel on October 31 in Saudi Arabia.

The two heavyweights have been at odds since SmackDown’s premiere episode on FOX where professional wrestling star Strowman had an intense confrontation with British boxing hero Fury who was watching the action from the front row at the Staples Center in Los Angeles.

The wrestler and the boxer brawled on RAW a few days later and WWE later announced that they will settle their differences in the Middle East in what will be The Gypsy King’s first and probably last ever WWE match.

However, Vince McMahon’s promotion should try their best to strike another deal with the Lineal Heavyweight Champion for WrestleMania 36 after he probably beats Strowman.

The former WBA, WBO an IBF World Heavyweight Champion is a blockbuster sensation and a fierce fighter that perfectly matches in-ring talent with showmanship, which would make him a the perfect addition for the wrestling giants’ biggest event of the year.

The undefeated boxer is expected to take on Wilder on February 22 in Las Vegas, which means he will probably not be fit enough to compete in the ring at Mania.

Therefore, it would probably be safer to book him in a non-wrestling capacity, such as a Special Guest Referee or a Special Outside Enforcer like fellow boxing greats Muhammad Ali and Mike Tyson respectively. 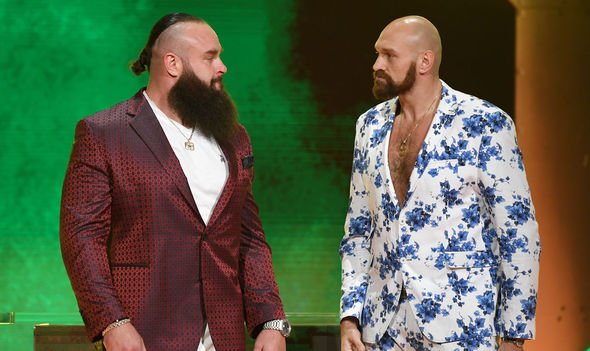 Fury could be included to the main event, no matter what that is, as his star attraction and perhaps ongoing undefeated streak would add a lot more attention, interest and prestige to the wrestling extravaganza.

But the 31-year-old shouldn’t only be observing from ringside, he also needs to get involved in the action somehow.

That means WWE should have him throw a punch to a heel competitor either during or after the bout.

If the main event is between two babyfaces then Fury could take out a superstar that tries to interfere in the match.

That could then build up another feud for the heavyweight with a heel WWE superstar, but that’s a completely different story.

Many celebrities and professional athletes have been involved with WrestleMania the last few decades, but only a few of them had Fury’s charisma.

WWE Rumors: Batista in talks to return to the WWE in time for WrestleMania 35