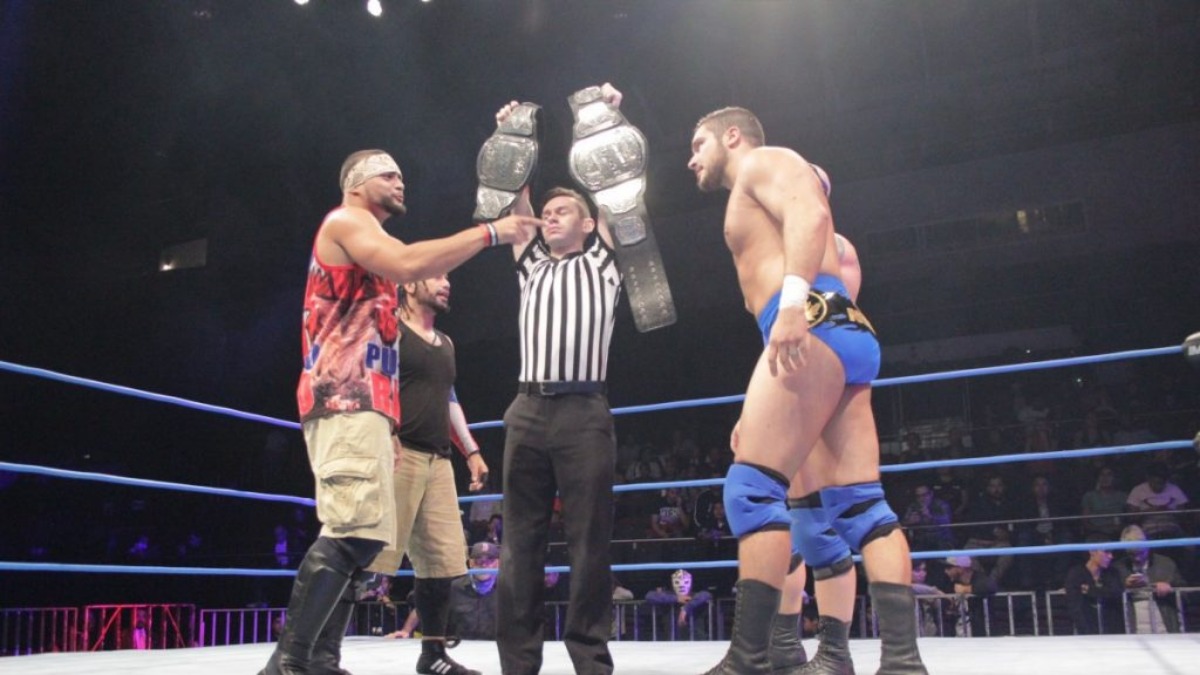 For the past few months, there were rumors that Impact Wrestling might move to AXS TV. However, in a press release today, it turned out to be much bigger than that.

Anthem Sports & Entertainment, the company that owns Impact Wrestling, purchased the majority stake in AXS TV. As a result, Impact Wrestling will have a new home on AXS TV.

Impact Wrestling will join New Japan Pro Wrestling and WOW Women of Wrestling as a trifecta of professional wrestling shows airing on the network.

“Anthem was founded with a mission to deliver compelling, targeted content and experiences to passionate fans globally on the platform of their choice,” said Leonard Asper, CEO, Anthem Sports & Entertainment. “The music, sports and entertainment communities served by these channels are a natural extension and perfect complement to our existing properties.”

Mark Cuban and AEG are not going away, which is good news for AXS TV. They will remain on board as equity partners. AEG will also still support the network as far as advertising and sponsorship sales.

This deal is excellent news for Impact Wrestling.

At their height, Impact Wrestling was on Spike TV, but since leaving that network, their audience reach has gotten smaller and smaller. They moved to Destination America and then Pursuit.

Anthem channels are now estimated to reach nearly 150 million global TV homes, and this includes 110 million in the United States and Canada.

Anthem brings some powerful properties into the deal. They own Impact Wrestling, the Impact Plus video-on-demand platform, Fight Network, GameTV, Game+, and the Pursuit Channel.