The WWE power couple are expecting their first child together in December and thus The Man is set for a long stint away from the ring.

The WWE Universe was thrilled to hear The Irish Lass Kicker’s announcement but Cornette had a different take on the matter.

He said in his podcast show: “You can’t always be on top of the wrestling business in a $1million a year spot or more, but you can [have a baby]—what is she? Can she be 30? 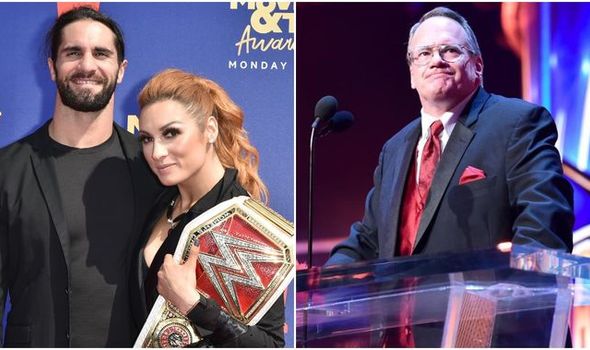 “Well, still she’s got many more years before the [expletive] Easy-Bake Oven gets shut off. She can have all those problems like a descended stomach; and stretch marks; and haemorrhoids; and hormone problems; and mood swings; and all those other joys of motherhood later on when she ain’t making a million dollars a year!.

“She’s got plenty of time left. What would you do if your wife came home and said ‘instead of making a million dollars next year I’m gonna basically just be a raging [expletive] for the next nine months and then give you more [expletive] to worry about around the house?!” 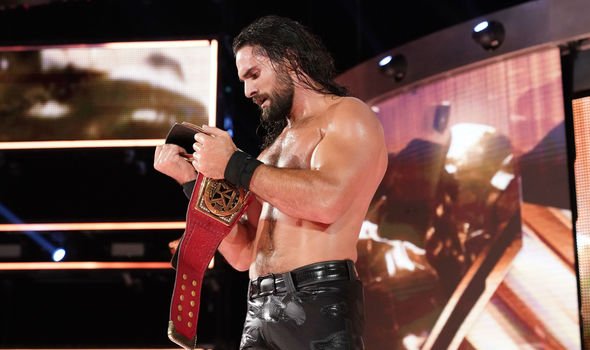 Rollins stated that Cornette’s comments “hurt” his feelings as the two men have a history working together at Ring of Honor.

The four-time world champion added that he has lost a lot of respect for the legendary announcer and doesn’t believe he can forgive him.

Rollins told Corey Graves’ After the Bell podcast: “It hurt my feelings on a personal level because Jim Cornette is someone who’s a legend in our industry.

“And he’s someone that I personally worked with in my time at Ring of Honor, and for him to come out and say some real negative things—some real misogynist things about women in general and pregnancy and the industry—it kind of caught me off guard.

“It made me lose a lot of respect for someone who a lot of people had already kind of lost respect for, and I was still holding on to hope that somewhere along the line, there was a personal connection between Jim and I that he would think twice before making just some egregious comments about women, about my wife. I can’t even forgive them,. I don’t even want to repeat them.”

Rollins continues to wrestle on RAW where he recently battled British superstar Drew McIntyre for the WWE Championship in a failed attempt at Money in the Bank.

The Monday Night Messiah and Lynch teamed up for a short while last year as they entered an intergender feud against Kind Corbin and Lacey Evans.

The popular couple successfully defended the WWE and RAW Women’s Championship at Extreme Rules against the heel duo.