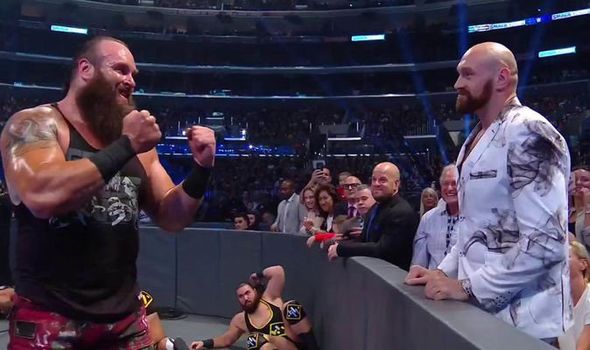 Tyson Fury will make an appearance on Monday Night RAW tonight and has been given an open forum to speak his mind after an altercation with Braun Strowman last Friday on SmackDown.

The British heavyweight boxer is not known for holding back so it could be a memorable segment on the show.

It seems a match with Braun Strowman could be on the cards after the two collided on SmackDown.

Strowman threw Dolph Ziggler into Fury which led to the heavyweight boxer jumping the barricade wall and being restrained by security.

Who is Braun Strowman?

Braun Strowman is one of the most recognisable faces on WWE television.

He is known as the Monster Among Men and is 6ft8 as well as weighing 385lbs.

Strowman debuted on August 24, 2015 as a member of the Wyatt Family where he attacked Dean Ambrose and Roman Reigns.

Since then he has become a singles star and been a part of many memorable moments. 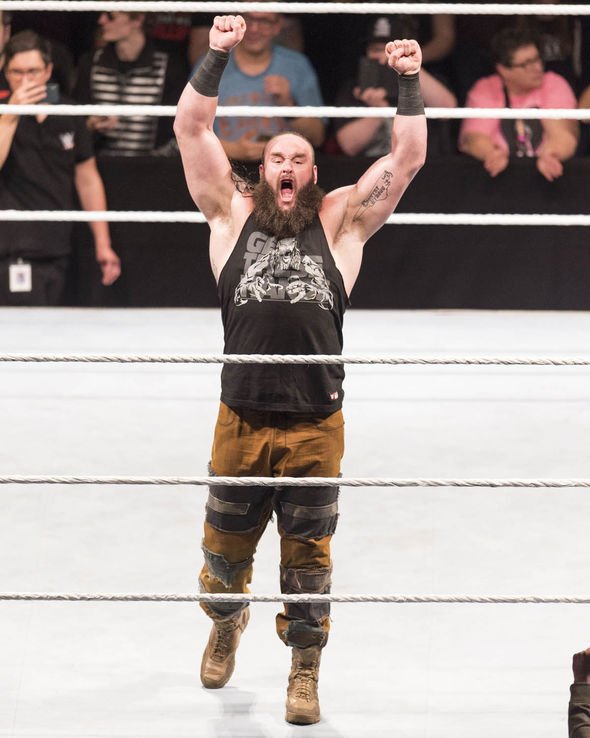 One of them was at WrestleMania 34 where he would win the RAW Tag Team Championship with a child in the crowd.

The 36-year-old has also won Money in the Bank but has yet to become a WWE or Universal Champion.

Strowman has also been in the ring with UFC Legend and current WWE Champion Brock Lesnar on several occasions. 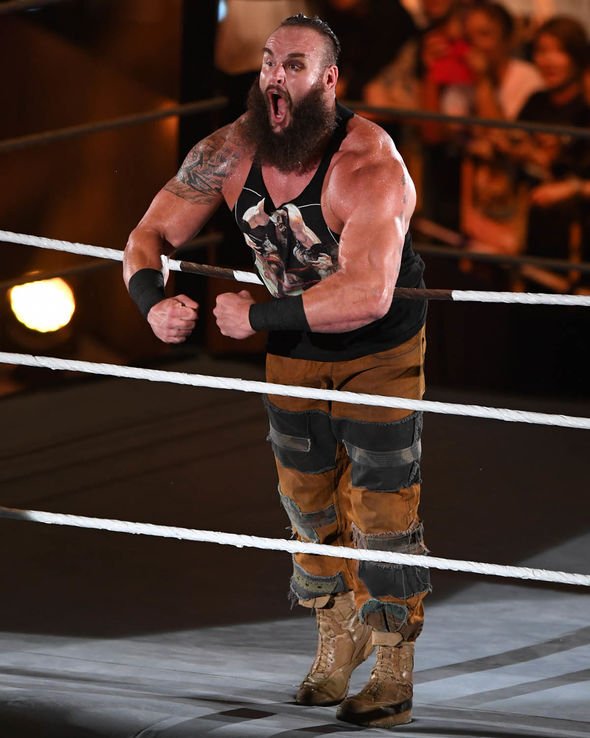 Why could we see Braun Strowman vs Tyson Fury?

WWE are looking for star attractions following their move to the FOX TV channel with Friday Night SmackDown.

And FOX are also promoting Fury’s next boxing match against Deontay Wilder.

Strowman will almost certainly face the Brit in the coming weeks with Crown Jewel in Saudi Arabia on Thursday, October 31.

However, it could even take place at WrestleMania next year.