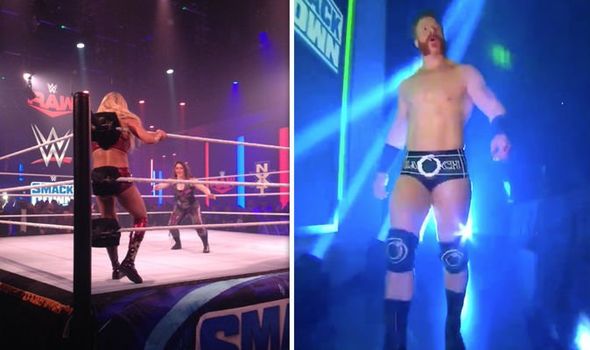 BT Sport ushered in a new era in style with a stunning house party to commemorate WWE’s move to its new home in the UK. The historic event featured the appearances of some of the sport’s biggest legends and three exciting bouts that only gave a glimpse of what’s to come for UK fans starting this month.

Two-time WWE Hall of Famer Ric Flair, Olympic gold medallist Kurt Angle, British wrestling hero Paige and UFC great Cain Velasquez all made surprise cameos to praise the British fans and then took the time to pose for photos with the crowd that attended the party in Stratford.

WWE Chief Brand Officer Stephanie McMahon also made her presence felt during the historic occasion to thank everyone that made the move to BT Sport possible.

But it was the athletes who stole the show with some exciting bouts, similar to what will be shown on a weekly basis when the network broadcasts RAW, SmackDown, NXT, NXT UK and major Pay-Per-View shows.

JUST IN: Rocky Johnson dead: WWE Hall of Famer and father of Dwayne ‘The Rock’ Johnson passes away 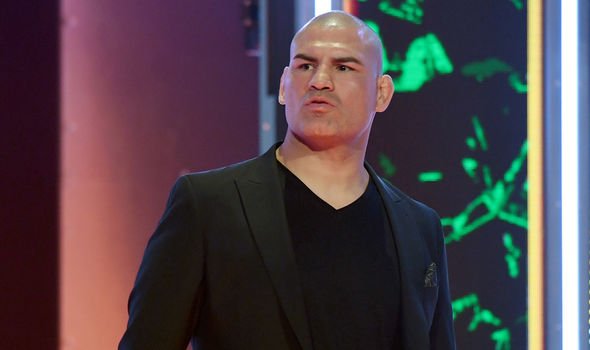 Sheamus wrestled for the first time in nine months after a long stint in the sidelines due to an injury he suffered shortly after WrestleMania 35 last year.

The Celtic Warrior picked up a major victory over US Champion Andrade in a non-title match.

The two heavyweights didn’t hold anything back as they unleashed a series of devastating chops and blows at each other.

But it was the four-time world champion who stood tall following a devastating Brogue Kick that knocked the former NXT Champion as he came off the ropes.

Scottish superstar Nikki Cross then stepped inside the ring for a tough match against the dominant Charlotte Flair.

Charlotte is considered as one of WWE’s best wrestlers as she has beaten the best athletes the women’s division has to offer and has won 10 women’s titles in just five years in the main roster.

The Queen proved exactly why she earned her nickname with a brilliant display that led to Cross tapping out to the Figure Eight.

Of course NXT UK couldn’t be missing from this momentous occasion and so Tyler Bate and Trent Seven of Moustache Mountain teamed up with Ilja Dragunov to take on Wolfgang as well as Joe and Mark Coffey of Gallus.

Bate picked up the victory for his team with the Tyler Driver to cap off a memorable evening.

WWE’s future in the UK is promising and BT Sport look set to back Vince McMahon’s promotion all the way.