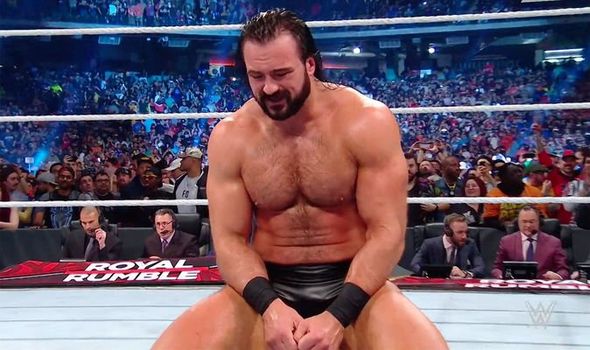 Drew McIntyre shocked the WWE Universe after winning the annual 30-men over-the-top-rope battle royal at the Royal Rumble which earned him a world title shot at WrestleMania 36. McIntyre came in at No16 and put together a marvellous performance in a packed Minute Maid Park in Houston, Texas.

The British superstar immediately eliminated WWE Champion Brock Lesnar, who was dominating the bout with a staggering 13 eliminations to his name.

Ricochet, though, delivered a Low Blow on Lesnar who then went flying over the top rope following a kick to the face from The Scottish Psychopath.

The ex-Intercontinental Champion, though, continued to impress as he took on the likes of AJ Styles, Randy Orton, Roman Reigns, Seth Rollins and more stars who entered after him.

The most notable entry was WWE Hall of Famer Edge who returned to action almost nine years after being forced to retirement. 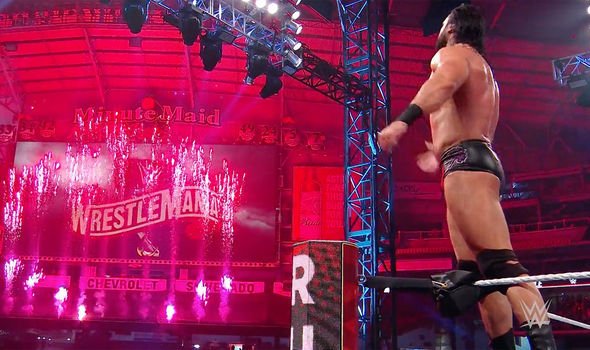 After eliminating Lesnar, McIntyre offloaded the likes of Ricochet, The Miz, King Corbin, Rollins and Reigns at the end.

The Big Dog came close to winning his second Royal Rumble Match after setting the 34-year-old up for a Spear.

However the Scotsman countered with a devastating Claymore and then threw the four-time world champion, who was the odds-on favourite, over the top rope for the win.

McIntyre has earned a world title shot at WrestleMania, which takes place on April 5 at the Raymond James Stadium in Tampa, Florida.

After the Royal Rumble went off the air the ex-RAW Tag Team Champion stood in the middle of the ring while the American crowd chanted, “You deserve it”.

That emotional moment wasn’t caught on camera but many fans have expressed the same sentiment on social media.

The former NXT Champion hasn’t received a world title shot ever since he returned to RAW in 2018 following a four-year hiatus.

McIntyre is likely to face Lesnar as reports suggested that whoever eliminated the UFC legend would take him on at Mania.

The popular heavyweight has been on fire lately on RAW as he recently defeated Styles and Orton in a big Triple Threat Match.

He is expected to choose his WrestleMania opponent within the next few weeks.