Undertaker and the WWE Hall of Famer faced off for the first time ever at the King Abdullah International Stadium in Saudi Arabia and it seems like this will be the last time they ever battle each other.

The fight started strong as the WCW legend speared Taker twice but then collided head first with the ring post and busted his head wide open as blood covered his face.

The bout was then filled with errors as Goldberg hit The Phenom with a botched Jackhammer that saw the WWE legend landing on the back of his neck.

The Deadman fought back and hit a Tombstone Piledriver that probably didn’t go the way it should as his opponent’s head hit the ring hard.

Knocked myself out and thought I could finish…. love my fans…..but let u down. Everyone else that found “pleasure” ….. hope ur happy

The three-time world champion then tried to deliver a Tombstone Piledriver of his own to Undertaker but couldn’t hold him and they both went down to the canvas.

The match ended with Taker hitting a weak Chokeslam on Goldberg who was barely lifted up in the air – rumours suggest that wasn’t the actual planned finish.

Immediately after the bell the camera caught Undertaker’s cringed expression that spoke volumes about the fight’s low quality.

The seven-time world champion seemed disappointed and dejected as Super ShowDown came to an end. 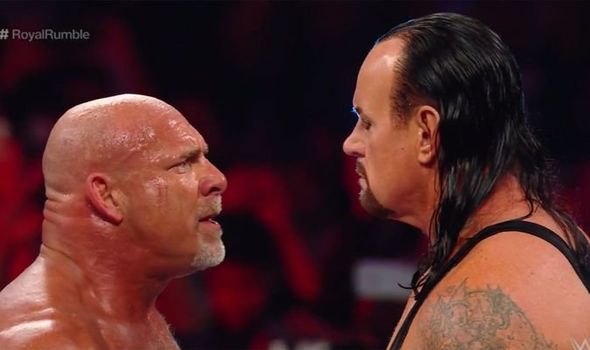 Goldberg agreed with that sentiment as he took to Twitter and confirmed he got hurt but thought he could still finish the match.

The former Universal Champion apologised to the fans for the disappointing display.

Goldberg said: “Knocked myself out and thought I could finish…. love my fans…..but let u down. Everyone else that found “pleasure” ….. hope ur happy.”

Members of the WWE Universe also took to social media to voice their complaints and even urged Undertaker, 54, and Goldberg, 52, to retire. 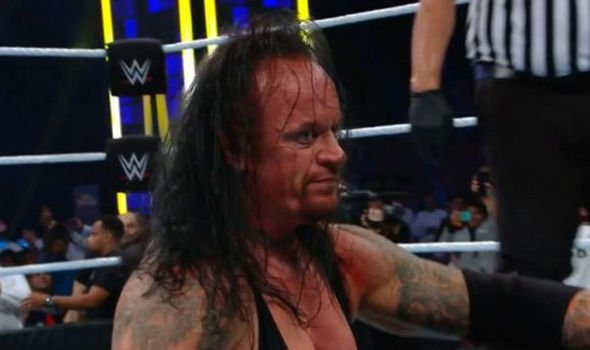 One fan tweeted: “This match could have literally ended both Undertaker and Goldberg [sic] career.”

Another wrote: “The Undertaker needs to retire. That jackhammer was scary. It’s just not worth it any more. Go enjoy your life Deadman. You’ve given us enough.”

A third posted: “Please retire Undertaker. That was sad. Goldberg please never come back. That was scary and embarrassing.”

And another tweeted: “Undertaker vs Goldberg was embarassing [sic], depressing, and scary to watch. Could have easily ended with two broken necks. Takers [sic] face at the end said it all, he knew it was awful. Just let them retire ffs.”

Harley Race cause of death: WWE Hall of Famer passes away at 76