Van der Poel’s relentless attacks ultimately cost him on Sunday Mathieu van der Poel lit up the 105th edition of the Tour of Flanders on Sunday with the kind of attacking riding he has built his reputation on in recent years. The Dutch cyclo-cross sensation was looking to become just the eighth man to win […]

WADA are investigating UKAD over a 10-year-old test in British Cycling The World Anti-Doping Agency (WADA) is investigating UK Anti-Doping (UKAD) for allowing British Cycling to conduct its own probe after a sample provided by one of its riders contained traces of a banned anabolic steroid, British media reported. A British rider’s sample from an […]

Former British Cycling and Team Sky chief doctor Richard Freeman’s fitness to practise medicine should be deemed to be impaired because of the “seriousness of misconduct, repetition of misconduct and lack of insight into his misconduct”, a tribunal heard on Wednesday. The Medical Practitioners Tribunal gave its verdict last week on the contested charges in […]

Levens, France: Maximilian Schachmann retained his Paris-Nice title after overnight race leader Primoz Roglic suffered an ordeal in the final stage, a 92-kilometre ride from Le-plan-du-Var to Levens on Sunday. Roglic, who had a 52-second lead going into the last stage, crashed twice before being forced to change bike and, without a teammate to pace […]

Australian cyclist Lauren Kitchen noticed changes in her behaviour for months following a crash in which she suffered a broken collarbone and "bad" concussion in her first race back from a COVID-19 competition shutdown last year. The 30-year-old sustained road rash and swelling to her head and face in the July crash but at the […]

Chris Froome will make his debut for Israel Start-Up Nation in Argentina “I look forward to racing with my new team-mates and getting the ball rolling on the adventure that lies ahead.” Froome, who struggled during the interrupted 2020 season to get back up to speed following the career-threatening injuries suffered at the 2019 Criterium […]

Mark Cavendish will race on in 2021 after agreeing a deal to return to Deceuninck-QuickStep. The Manxman, 35, faced an uncertain future in a difficult contract market this winter and had openly contemplated that his career could be coming to an end this year. But that was never his desire and he has now secured […]

Britain’s Hugh Carthy produced a stunning performance to win his first Grand Tour stage with victory on day 12 at the Vuelta a Espana. EF Pro Cycling rider Carthy put in a colossal surge over the final 1,200 metres to the summit finish on the steep slopes of the Alto de L’Angliru to finish 16 […]

Primoz Roglic won the opening stage of the Vuelta a Espana as Chris Froome was dropped on the final two climbs of the day. Froome, riding his final race for the Ineos Grenadiers, said on Monday he was unsure of his form coming into the Vuelta but got immediate confirmation he was not in shape […]

Overall contender Simon Yates has withdrawn from the Giro d’Italia after testing positive for the coronavirus, his Mitchelton-Scott team announced before Saturday’s eighth stage. The 28-year-old British rider “developed very mild symptoms” after Friday’s Stage 7, the team said. An immediate rapid test showed a positive result, which was confirmed in a second test. Yates […] 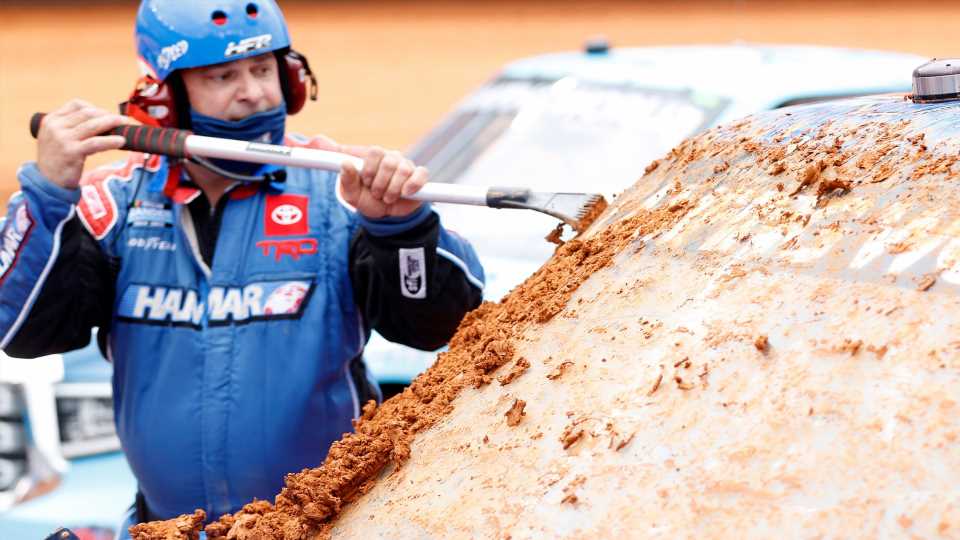 Masters tee times: Third round pairings and start time for Saturday at Augusta

The Masters: Bryson DeChambeau in better spirits after second-round 67 at Augusta